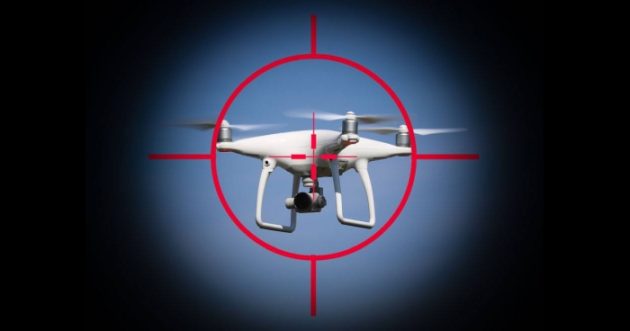 One thing I mention often when advertising my services is that I am FAA Part 107 Licensed. What does that mean? It means that I took the time to get properly trained on how to safely share the skies with other aircraft. I also possess the knowledge that can keep those on the ground safe as well. Not only did I seek out this training, but I have passed a stringent exam prepared by the Federal Aviation Administration (FAA) to prove that knowledge. In other words, putting a drone up in the air is something I take seriously!

The FAA has also made it abundantly clear that those flying their drones commercially are required to hold a Part 107 Certification. Quite honestly, I think anyone flying a drone should at least go through the materials covered in a Part 107 class. Ok, we’ll exclude Little Jimmy down the street and his $5 plastic UFO. However, any drone capable of reaching any significant altitude qualifies. It simply makes everyone operate more safely. Unfortunately, the operators that end up giving drones a bad reputation are those who have zero clue of what the actual rules are. Case in point, the person who decided to use his drone to get up close and personal to the Blue Angels fly-over in Detroit. Duh!

Like many others, I enjoy watching a wide variety of videos on YouTube. I see drone shots used more often these days and always wonder if that YouTuber is Part 107 Certified. Well apparently the FAA has been doing the same thing and has started coming down hard on those who haven’t gone through the work of earning their license. Most recently, the FAA fined a YouTuber from Philly named Mikey a total of $182,004 for a total of 123 infractions. According to Drone XL, these were for drone videos streamed from December 2019 through August of this year.

According to the same article, initial conversations with lawyers have indicated that it would cost $10,000 to get any lawyer to look at this case and his legal fees could climb to $100,000. That’s even before a potential settlement! Apparently, Mikey considers himself a recreational operator. Although this doesn’t exclude him from following the established drone rules (which is why I believe everyone should at least review the Part 107 materials), it could shed some of those fines for flying without a Part 107 license. HOWEVER…based on what I’ve read, Mikey’s channel is monetized and he does receive something for the ads on his channel. Folks, as I was told when I started my adventure into flying drones, “it doesn’t matter if someone gives you $1 or $10,000; buys you lunch or gives you a soda. If you get anything in return for flying your drone, you are flying commercially…period.”

Many lucky boys and girls will find a drone under the Christmas tree this year. If you’re one of those lucky ones, please take some advice from me. Read through the rules for safe flying and perhaps take a practice Part 107 test to see what areas you’d need to research. Let’s work together to keep everyone in the air and on the ground safe.

For those looking to have aerial photos or videos captured for whatever you have going on, make sure to hire someone with a Part 107 FAA license. It will cost you a few bucks and perhaps your profit margin may not be as large. However, do you really want to run the risk of getting a $182,004 invoice from the FAA?

Looking for a licensed and insured drone operator? I’d love to hear from you! http://endeavoruas.com/contact/